HLPF Side Event: As governance crises worsen COVID-19 impact, is SDG 16 the key for recovery?

The COVID-19 pandemic is “heightening risks across the board. Humanitarian needs are growing. Decades of progress on Sustainable Development are at stake. And social unrest is increasing, thus deepening security risks. Many of the countries in the Global South have been left hanging without financial practical resources. Some middle-income countries face a crushing debt burden as they try to respond.” - António Guterres, United Nations Secretary General

Watch the event in English

COVID-19 has set back advances made across all the Sustainable Development Goals (SDGs). This includes any progress made so far on SDG 16, which aims to foster peace, justice and inclusion. Without progress on SDG 16, achieving other parts of the 2030 Agenda will be even more difficult.

Effective, transparent and responsive governance is inextricably linked to achieving the 2030 Agenda. Without safety and security, it will be difficult to facilitate access to education for all. Without equal access to public services and addressing corruption, many marginalized groups will be denied health services. Without access to justice, disputes related to housing or employment can go unresolved.

The COVID-19 crisis has only highlighted this further as governance failures have resulted in increasing inequalities, deteriorating trust in public intuitions and significant obstacles to accessible services, including health services. An appropriate distribution, use and oversight of power is critical for sustainable development. An effective recovery from COVID-19 requires understanding how the balance of power is changing at local, national and global levels. SDG 16 attempts to address some of these power imbalances and is therefore key for recovery from COVID-19.

We must therefore step up our work to end violence, uphold the rule of law, and strengthen inclusive institutions.

Bringing together the latest research and expertise on the subject, with perspectives from the Global South, this roundtable will:

The event will connect policymakers, researchers and other stakeholders to debate the following questions:

The event will showcase relevant findings from research collaborations such as: 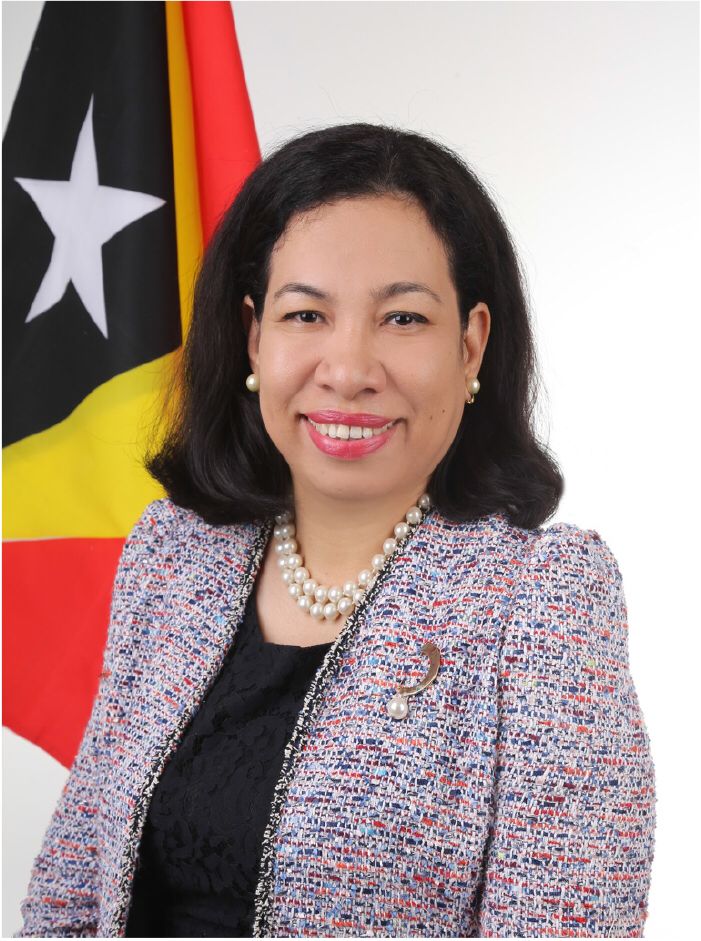 Ambassador Adaljiza Albertina Xavier Reis Magno known as Adaljiza Magno is widely recognized as a passionate advocate of gender equality and a long-standing human rights activist. She started her professional career with several Non-Governmental Organizations and actively participated in Timor-Leste’s struggle for its right to self-determination and peace.

It was in 2005 when Her Excellency Adaljiza Magno was appointed as Timor-Leste’s Vice Minister of Foreign Affairs and Cooperation under the I, II and III Constitutional Government serving three different Prime Ministers. During the III Constitutional Government, she was appointed as Acting/Interim Minister for Foreign Affairs and Cooperation.

In January 2016, Mrs. Magno was appointed as an Ambassador Extraordinary and Plenipotentiary to the Republic of Singapore. However, in 2017 she was re-called to serve as Vice Minister of Foreign Affairs of Cooperation of the VII Constitutional Government. Her term concluded in 2018. She subsequently served as an Honorary Adviser to the Asia New Zealand Foundation. At present, Mrs. Adaljiza Magno is the Minister of Foreign Affairs and Cooperation of Democratic Republic of Timor-Leste.

Mrs. Adaljiza Magno holds a master’s degree in Public Management from Victoria University of Wellington in New Zealand. Her mother tongue is Tetum and she is fluent in Bahasa Indonesia, English and conversant in Portuguese. Born in Timor-Leste, Ambassador Magno is married to Mr. Rosentino Amado Hei and have 2 children - a daughter and a son. 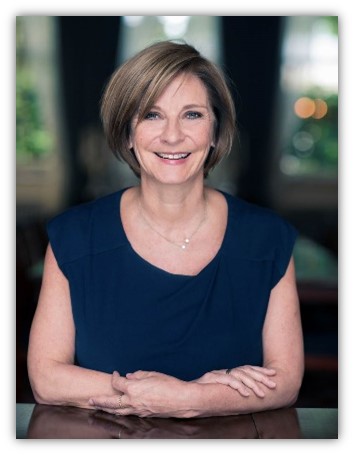 Ambassador Mona Juul was previously Ambassador to the United Kingdom (2014-2018), Director General for Security Policy and the High North in the Ministry of Foreign Affairs (2011-2014), Ambassador and Deputy Permanent Representative at the Permanent Mission to the UN in New York (2005-2010) and Chairman of the 1st Committee of the 61 session of the United Nations General Assembly (2006).

Mona has been with the Ministry of Foreign Affairs since 1986, during which time she has gained broad diplomatic experience. This includes working in the Cabinet of the Minister of Foreign Affairs (1992-1993) and member of the small Norwegian team that facilitated the secret negotiations between Israel and the PLO leading to the Oslo Agreement.
She holds a Master degree in Political Science from the University of Oslo. 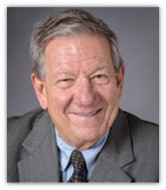 Mr. Carazo has wide‑ranging experience in politics, international relations, business and law. From 2008 to 2015, he was President of Volta Asesores S.A., having worked as a business professional in industry, commerce, agriculture, tourism and the service sector, and as a business consultant to international organizations. He was a Deputy of the Legislative Assembly from 2002 and 2006, and the first Ombudsman of Costa Rica, a position he held from 1993 to 1997.Between 1984 and 1987, he was a representative of the University for Peace to European offices of the United Nations, and from 1978 to 1980 Special Ambassador of Costa Rica to the United Nations General Assembly and various countries. 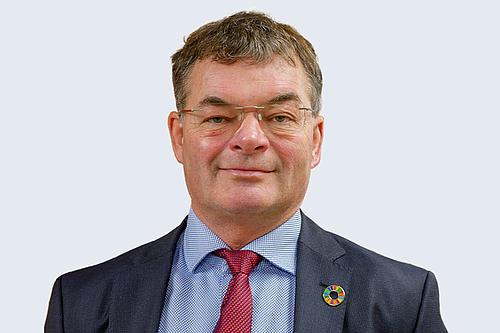 Dr Dietrich heads Directorate 41 at the BMZ, which is responsible for the 2030 Agenda, poverty, inequality, democracy, rule of law, governance, human rights, gender equality and education. The responsibilities involved include providing sector policy guidance in the areas mentioned and active involvement in numerous global initiatives and programmes.

In the area of governance, the focus is on corruption control and prevention, domestic resource mobilisation, and the use of public funding in a manner that is efficient and transparent and delivers development benefits. This includes efforts to build the capacity of effective, transparent, accountable and inclusive institutions at all levels.

Dr Dietrich's set of responsibilities also includes the areas of respect for human rights, gender equality, and inclusion of persons with disabilities, so that a life of dignity for all – and thus, sustainable development – can become reality.

Another part of his work is support for education, which is a key area of Germany's development cooperation. Before he assumed his current post, Dr Dietrich was responsible, among other things, for areas such as energy, biodiversity, water, urban development and mobility, and headed the divisions "Southern Africa" and "Policy issues of bilateral development cooperation". Contact and exchange with lobby organisations, the private sector, civil society and national/international academia constitutes a significant aspect of Dr Dietrich's work. 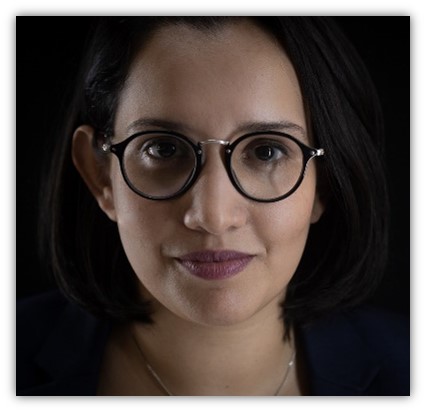 Natasha Palansuriya is a Senior Research Professional working on the thematic areas of Social Cohesion and Reconciliation, and Diasporas and Development. Her most recent work at CEPA was as Lead Evaluator for the final evaluation of Strengthening Civil Society in Sri Lanka: Empowering Women for Inclusive and Sustainable Transitional Justice and Reconciliation (July – August 2020), and Technical Specialist for an Independent Final Evaluation of OHCHR’s Thematic support on the Transitional Justice Mechanisms in Sri Lanka. She has also successfully designed and coordinated the Short Course on Migration for two consecutive years.

Concurrently, she is completing her PhD at City, University of London, where her research focuses on the Sri Lankan Tamil diasporas transnational engagement in the transitional justice process of Sri Lanka. Natasha, also, has a master’s in international politics and Human Rights from City, University of London where her dissertation explored the post-war reconciliation process of Sri Lanka. 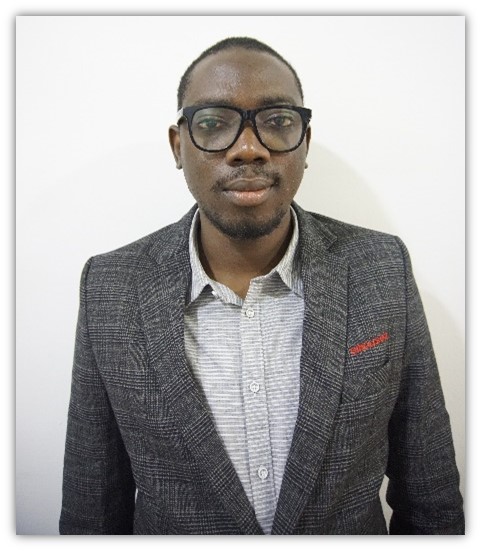 Dr. Adedeji Adeniran | Director of Governance and Education Research, Centre for the Study of the Economies of Africa

Dr. Adeniran is the Director of Education, Governance research, & Senior Fellow at CSEA. He holds a Ph.D from the University of Witwatersrand, South Africa. 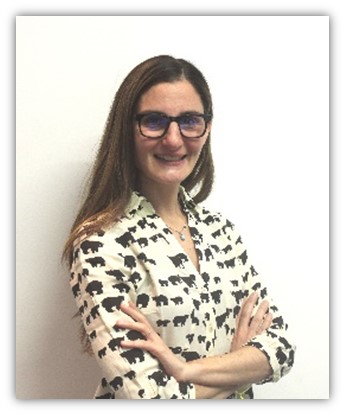 Dr Carolina Tchintian | Director of the Political Institutions Program, Centre for the Implementation of Public Policies for Equity and Growth 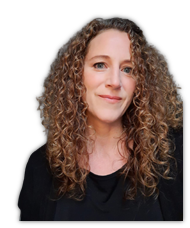 Anita Breuer holds PhD in Political Science from the University of Cologne. Her primary research interests involve governance, accountability and participatory politics. Since 2011, she holds a position as senior researcher at the German Development Institute / Deutsches Institut für Entwicklungspolitik (DIE) where she currently directs an inter-disciplinary research project on “Implementing the 2030 Agenda: Integrating Growth, Environment, Equality and Governance” financed by the German Federal Ministry for Economic Cooperation and Development. Within this project, her research focuses on the political and institutional preconditions for sustainable development. Her research has been published in international peer-reviewed journals such as World Development, Democratization, Sustainability and the Journal of Information Technologies and Politics, among others. 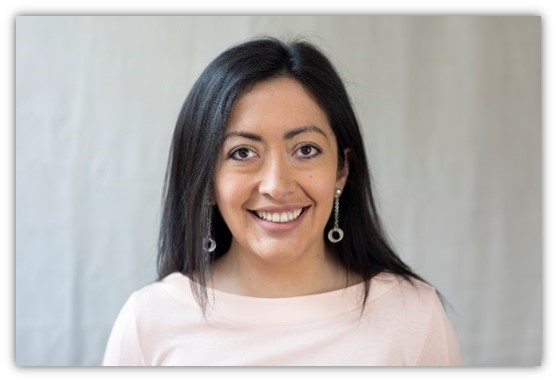 Andrea Ordóñez is Director of Southern Voice and has been part of the initiative since inception in 2012. She leads the implementation of the network strategy and programmes. She co-edited the book “Southern Perspectives on the Post-2015 International Development Agenda” with Debapriya Bhattacharya. 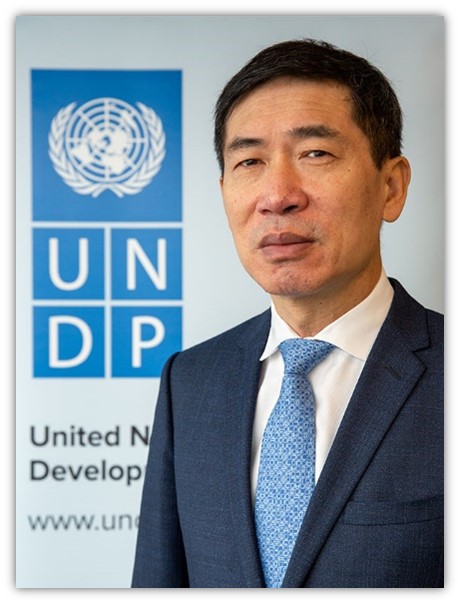 Previously, Mr. Xu was UN Assistant Secretary-General and UNDP Assistant Administrator and Regional Director for Asia and the Pacific since September 2013.

Before joining the UN, Mr. Xu was a computer-aided design engineer with Louis Berger International Inc. in New Jersey and an assistant lecturer at Tongji University in Shanghai, China.

Mr. Xu, a Chinese national, holds a Bachelors in Engineering from Tongji University in Shanghai, and a Masters’ of Science in Management from the Stevens Institute of Technology (USA). He also holds a Masters’ of International Affairs in Economic Development and Policy Analysis from Columbia University (USA). 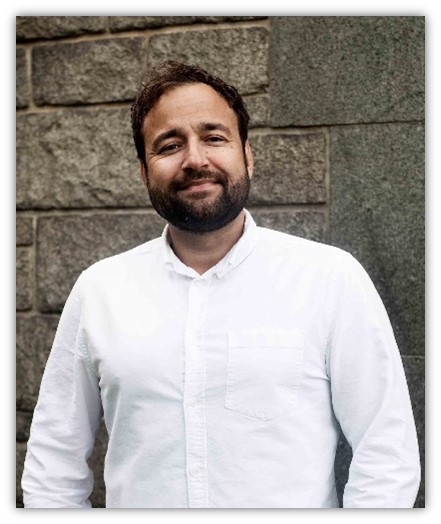 Arvinn has been engaged in governance and development policy for almost 20 years. Before joining UNDP he was Policy Director for International Development Policy in the Norwegian Ministry of Foreign Affairs. Recently he has focused on issues such as domestic resource mobilization, addressing illicit financial flows, anti-corruption, fiscal stability, and global economic governance. He has also led a system-wide development policy analysis network to improve Norwegian development policy engagements.

Arvinn has been Senior Director of the Norwegian Refugee Council and has held a number of board positions in academic institutions, civil society organizations and inter-governmental institutions. He held the roles of State Secretary, Deputy Minister and Junior Minister for international development, climate and environment over a period of six years in Norway. Trained as a career diplomat, he has also worked in Afghanistan and Sri Lanka.

Arvinn holds degrees in development studies, economics and international studies from the UK and Norway.