A few years before the Millennium Development Goals (MDGs) expired in 2015, governments, activists, researchers and UN organisations started reflecting whether it would be useful to extend the timeframe of the MDGs or to come up with a new set goals for the world. Against this backdrop, in 2012, 20 years after the first Rio Conference, countries gathered in Rio de Janeiro for the UN Conference on Sustainable Development (Rio+20). At Rio+20, countries agreed to launch a process to develop a set of sustainable development goals, led by governments themselves. To this end, they agreed to set up a 30-seat Open Working Group (OWG) of the General Assembly.

Far more than 30 countries were interested in being part of the OWG, so they had to negotiate their seats. During this period, the UN Secretary General decided to facilitate an inclusive consultation process collecting people’s views from across the world on how they wanted to see their world change within the next fifteen years, by 2030. When the OWG was set up and countries started drafting and then negotiating the new goals, the UN's role was to provide member states with evidence, analyses and practical experiences. This section describes how the three stages of the post-2015 process (Consultations, Open Working Group and Negotiations) shaped what was to become Sustainable Development Goal 16. 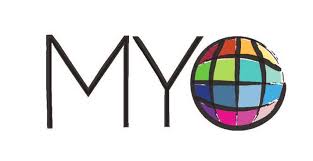 The UN-facilitated ‘post-2015 consultations’ included a survey (‘MyWorld’), in which several million people participated, national consultations in almost 100 countries, and 11 global thematic consultations on topics that were deemed relevant at that point in time. The Global Thematic Consultation on Governance and the Post-2015 Development Framework was facilitated by the United Nations Development Programme (UNDP) and the Office of the UN High Commissioner for Human Rights (OHCHR), with support from the Federal Republic of Germany, between October 2012 and March 2013.

The global consultation on governance was guided by a reference group with 20 representatives from civil society. It included a series of five regional dialogues  in Johannesburg, Dhala, Manila, Brasilia, Cairo, and an expert meeting on measurement in New York. In addition, a moderated online discussion was launched which helped elicit inputs from representatives from both local and international civil society, governments, the private sector, international multi-lateral institutions and academia. The consultations culminated in a global meeting on governance and the post-2015 agenda hosted by the Pan-African Parliament in Midrand, South Africa, between 28 February and 1 March 2013. The event brought together a broad range of stakeholders, including slum dwellers, grassroots activists, youth representatives, faith leaders, researchers, UN experts and politicians .

The Global Thematic Consultation on Governance and the Post-2015 Development Framework resulted in 14 key messages, which were shared with member states continuously while they drafted and negotiated the SDGs. The messages were:

At the Rio+20 Conference, held in Rio de Janeiro in June 2012, member states agreed to launch a process to develop a set of sustainable development goals (SDGs). With this decision, they made clear that they would draft the goals themselves (while the Millennium Development Goals had been drafted by UN experts). The Rio+20 Outcome Document did not elaborate specific goals but stated that the SDGs should be limited in number, aspirational and easy to communicate. The goals should address in a balanced way all three dimensions of sustainable development and be coherent with and integrated into the UN development agenda beyond 2015. A 30-member Open Working Group (OWG) of the General Assembly was tasked to prepare a proposal on the SDGs.

The Open Working Group was established on 22nd of January 2013 by decision 67/555 (see A/67/L.48/rev.1) of the General Assembly. Since more than 30 states were interested in joining the group, member states decided to use an innovative, constituency-based system of representation that is new to limited membership bodies of the General Assembly. This meant that most of the seats in the OWG were shared by several countries. The OWG met monthly from March 2013 to July 2014.

Non-governmental stakeholders were involved through the Major Groups. In its first eight sessions, the OWG focused on stocktaking, deliberating very openly on one or more specific topics in each session. Human rights and the right to development were discussed in Session 6 in December 2013, governance and peace were discussed in Session 8 in February 2014. From February to July 2014, the OWG drafted a proposal for SDGs to the General Assembly.

The official inter-governmental negotiations on the 2030 Agenda took place in monthly sessions between January and July 2015. Unlike the preceding Open Working Group (OWG) (see "WHAT - History - Open Working Group") member states were now represented not by their New York Ambassadors, but by officials from their capitals, which gave the negotiations a more political dynamic. There was less external input at this stage, too. In December 2014, the Secretary-General submitted a synthesis report to capture the full range of inputs ahead of the negotiations. The report addresses peace, justice and inclusion, including in paragraphs 31, 50 and 55. The Secretary General also suggested in his report six elements to frame the 2030 Agenda which included Dignity and Justice (paragraph 66). During the intergovernmental negotiations, these elements became the five Ps (People, Planet, Prosperity, Partnership and Peace) in the preamble of the Agenda.

Moreover, different stakeholders continued to organise side events to highlight remaining issues. While the negotiations did not change the structure of the draft 2030 Agenda produced by the Open Working Group, a few significant substantive changes were made, including on SDG 16. The decision-making process during the negotiations is much less documented than in the OWG. However, some key issues of discussion on SDG 16 targets are reflected in member states statements and side events.

Browse Key Resources on the History of SDG 16